END_OF_DOCUMENT_TOKEN_TO_BE_REPLACED

Figure 3. Non-linear dose-response meta-analysis of red and processed meats consumption and the risk of colorectal cancer

This week, the International Agency for Research on Cancer (IARC), the cancer agency of the World Health Organization (WHO), released a long-overdue monograph1 affirming the link between meat consumption and cancer risk.  After reviewing more than 800 studies, the IARC decided to classify processed meat as a known carcinogen (Group 1), and red meat in general as a probable carcinogen (Group 2A). The agency urged public health officials to re-examine their dietary recommendations. Those anticipating the Canadian media to objectively inform the public of the news and start a rational dialogue may have been disappointed.

A news segment by Canada’s national broadcaster interviewed a cattleman who viewed the report as “an attack“ on his industry. The reporter referred to it as an “added hit” to declining beef and pork sales before queuing up a spokesman for the Canadian Cattlemen’s Association. He urged Canadians to ignore the findings and follow Canada’s Food Guide recommendations, as did the family physician who closed the segment.

Canada’s ‘national newspaper’ fared no better. It published an editorial that was criticised by readers for insulting their intelligence, and a column by its public health reporter that urged readers to ignore the supposedly misleading report – even as it misrepresented its content.

END_OF_DOCUMENT_TOKEN_TO_BE_REPLACED

The recent Globe and Mail leaders’ debate focused on the economy. One important – albeit crudely constructed – question asked during the debate was: “Do you have a jobs plan for industry beyond taking things out of the ground”. The question presumed that natural resource extraction has been a big employment driver in Canada, which it hasn’t. That aside, the implicit question was whether the aspiring leaders had a plan for, or even wished to see, greater industrial diversification in Canada. None of the candidates provided a direct response to the question. However, one response in particular stood out for its reference to international trade.

END_OF_DOCUMENT_TOKEN_TO_BE_REPLACED

The recent Canadian Economics Association (CEA) conference has been criticised for its lack of diversity, as have its precedents. It wasn’t clear at first why one particular economist was singled out for criticism. Apparently it had to do with an article  this economist, an older white female, wrote a couple years ago calling for the elimination of “visible minority” status from employment equity and, along with it, the race question altogether from the Canadian census. She argued race is an arbitrary, antiquated and irrelevant concept. That her screed was poorly written and argued is understandable, albeit unfortunate, given it’s not her area of expertise (‘feminomics’). That the same economist is supposedly set to chair the 2017 CEA conference is a legitimate concern.

END_OF_DOCUMENT_TOKEN_TO_BE_REPLACED 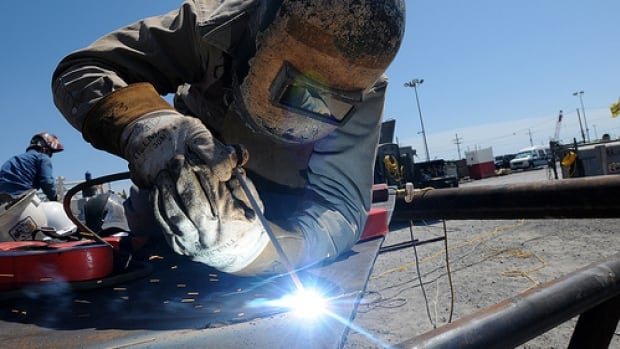 END_OF_DOCUMENT_TOKEN_TO_BE_REPLACED

The precise location of the Jabalia Elementary Girls School and the fact that it was housing thousands of internally displaced people was communicated to the Israeli army seventeen times, to ensure its protection; the last being at ten to nine last night, just hours before the fatal shelling.

I condemn in the strongest possible terms this serious violation of international law by Israeli forces.

This is the sixth time that one of our schools has been struck. Our staff, the very people leading the humanitarian response are being killed.

For other UNRWA announcements, see the UNRWA Official Statements page. Notably, these latest Israeli war crimes come on the heels of the 10th anniversary of the International Court of Justice Advisory Opinion on the Legal Consequences of the Construction of a Wall in the Occupied Palestinian Territory. The ICJ found Israel’s construction of the Wall contrary to international law, and advised Israel to cease construction and dismantle sections it had already erected.

Israel ignored the ICJ opinion, as it has ignored every UN decision critical of its nearly seven decades of illegal dispossession / subjugation of the Palestinian people and military occupation of their homeland — and there have been many.

Effectively, the current state of Israel persists contrary to international law. That – and not any single recent event – is and continues to be the root cause of the perpetual conflict in the Middle East.

The photo of “Bought and Paid-for” above speaks to the source of Canada’s misguided Middle East policy — and the cynicism of its politicians. Federal MP and supposed Liberal Foreign Affairs critic Marc Garneau makes a point of promoting his involvement with UNICEF Canada and his support of the UN Declaration and Convention on the Rights of the Child. As far as we know, Palestinian children are entitled to the same rights and protections. Hopefully UNICEF takes up the matter with Mr. Garneau and other cynical Canadian politicians who claim to support the organisation and its mission yet have turned a blind eye to the suffering and targeted killing of Palestinian civilians, nearly a quarter of whom were children.

In closing, the linked BBC Channel 4 news clips show reporters asking tough questions of both sides and deflecting spin to get to the facts – a reminder to Canadians of what journalism is supposed to look like (lookin’ at you, The Canadian Press). Also noteworthy are Debunking Israel’s 11 Main Myths About Gaza, Hamas and War Crimes from Huffington Post UK and Terrorism in the Israeli Attack on Gaza by Glenn Greenwald writing for The Intercept.

Over the last couple days various Canadian media outlets have reported on the federal government’s quiet submissions to the UNFCCC late last month, in which it conceded likely not meeting its 2020 GHG emissions reduction targets.

For some reason, none of the articles include links to the actual reports. Above are links to UNFCCC Annex I countries’ National Communications (NC) and Biennial Reports (BR). They include reports from Canada (PDF), the United States (PDF) and fifteen other industrialised economics.

Canada’s report is an interesting read, if only for the myriad excuses proffered for its failure – which include the popularity of pick-ups and SUVs

Since 1990, there has been a 33% growth in transportation emissions in Canada, an increase that was mainly driven by an increase in cross-border trade, on-road freight transportation activity and a shift in personal vehicle ownership from cars to light-duty trucks.

By contrast, the US government promoted its recent submissions to the UNFCC on the Department of State website, touting its efforts and successes in reducing emissions. If the US wants to continue making progress on its environmental record, it’ll likely want to distance itself from Pig-Pen as much as possible. The US decision on Keystone XL will be telling.